Having a Chat With Johhny Diaz About His Family, Faith and Music

I started music when I was in college and started recording my first CD. I actually went into music full time straight after college which was about ten years ago. As far as getting songs on the radio and being able to tour outside of my home region, that has been really only about the last 5 years or so. When I was in college I was putting my first song on CD. I got one thousand CD’s and I thought it would be way to much. But after a few months I had sold out all my CD’s straight out of my backpack and I realised this is something I could do.

When I was in college I went on scholarship for baseball at a school that actually have the number one team in all of America for college baseball. So baseball was a big part of my life and something I wanted to pursue professionally. But as I went and played ball I felt God was speaking to me very clearly telling me “you know Jonny, I know you came here for  baseball, but I actually brought you here for something completely different.” So through a bunch of people and God it became pretty clear that I was going to close doors in baseball and open doors in music. Also I had a older brother who actually played baseball professionally and made it to the major leagues. But he had such a hard time getting there and I always wondered if I could have made it up to that level but I definitely believe I had made the right choice. I thought I was inadequate when I first played with other people  on stage with more popular artists. I told God “If you wanted me to do music, why didn’t you gift me with this and that” and as I took that feeling into scripture I started realising God used so many inadequate people in astounding ways. It’s all throughout the bible! God used David to slay a giant, God used Mary to give birth to our saviour so I realised God was using totally inadequate people for the best things so I thought “here’s what I have God, you take it and use it.”

← Hey ABC: Church Dads Have Been “Woke” For Years How can I help my child be resilient? → The Artist Spotlight with ‘For King & Country’ 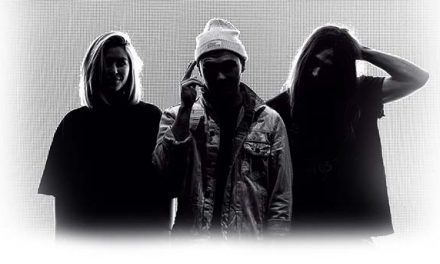 Austin French opens up about his childhood on ‘The Artist Spotlight’